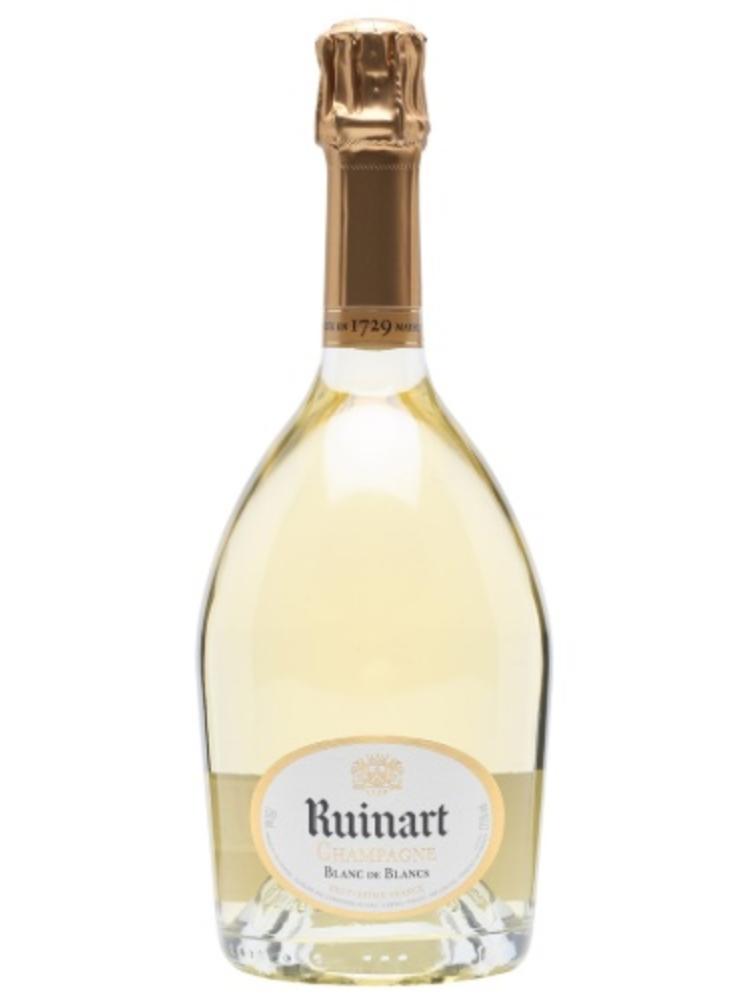 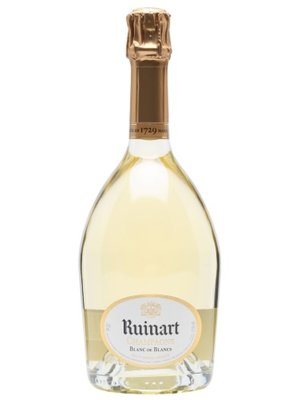 Beautifully balanced and refined in texture, this displays exotic ground spice and floral accents to the flavors of poached white peach, Meyer lemon and candied ginger, with hints of pastry and honey. Offers a lasting, mouthwatering finish. Drink now through 2023. 2,917 cases imported.

Nicolas Ruinart created the very first wine house in Champagne devoted to the production of sparkling wine in 1729. A draper by trade, Ruinart had been inspired by his Uncle Thierry, a Benedictine monk, who had told him tales about the experiments conducted by Dom Perignon.

In 1730, Nicolas launched his Champagne onto the European market originally as a business gift to his most important cloth customers. The first shipment was to Elsinore on the Danish island of Zealand, better known as the location for Shakespeare's "Hamlet." Ruinart's "wine with bubbles" was soon so successful that in 1735 he decided to forgo fabric sales to focus solely on sparkling wine.

As the sparkling wine business expanded, so too did the need for cellars. In 1768, Claude Ruinart became the first producer to purchase eight kilometers of the Gallo-Roman chalk quarries dug out under the city of Reims. The Ruinart caves are a labyrinth of chalk chambers sometimes up to 38 meters deep, which became a French historic monument in 1931. They are still used today to age all Ruinart's wines, but you won't find any wines pre-dating 1945.

Ruinart's U.S. brand director, Nicolas Ricroque, explains: "During the war, the Germans found their way [into the cellars] and basically emptied them. That's why we do not have one single bottle from the time before 1945. That sucks, as we say."

Ruinart is often called the "chardonnay house" for its reliance on Champagne's white variety. Ruinart's love affair with chardonnay has helped the brand since it launched Stateside in 2006, notes Ricroque. "Chardonnay is America's favorite grape and it's by far the country's most-consumed varietal. There are obviously different levels of quality, from pretty basic wines to top white Burgundy. When we talk about Ruinart, we explain that it's basically chardonnay with bubbles."

To honor Uncle Thierry's contribution to the Champagne house, the Ruinart family decided to make a prestige cuvee in his name in 1959. Today, Dom Ruinart Blanc de Blancs Millesime Brut is produced solely from grand cru chardonnay vineyards and is aged for a minimum of 10 years.

In 1966, Dom Ruinart Rose was added, comprising a blend of 85 percent chardonnay with 15 percent pinot noir. Whilst this rose Champagne is considered to be of great quality, it costs twice as much as the Blanc de Blancs.

During World War I, fighting on the outskirts of Reims destroyed the buildings of the Ruinart Champagne house. In order to keep the business going, Ruinart decided to move his office underground into the quarry caves. As they were flooded, he improvised again, and for the rest of the war he ran the business from an office on a raft. Upon her husband's premature death in 1919, his wife, Charlotte, took over the running of the firm. Like Barbe-Nicole Clicquot Ponsardin she proved to be a strong and successful Champagne widow.

In 1963, however, Ruinart was sold to Moet & Chandon. Today, there are no members of the Ruinart family still involved in the business. It remains part of the LVMH stable, although the house sometimes gets forgotten in a portfolio of such powerful Champagne brands.

At the same time, Simon Field MW, Champagne buyer for Berry Bros. & Rudd, believes that its low profile is a deliberate marketing policy. "Ruinart is something of an anomaly in the LVMH stable, at least in the U.K. market, where for a long time it was kept separate from the other lines and marketed in such a way to favor the on-trade. It is still kept well away from supermarkets and the like, and this, together with its famous cellars and distinctive bottle shape, provides excellent promotional opportunities."